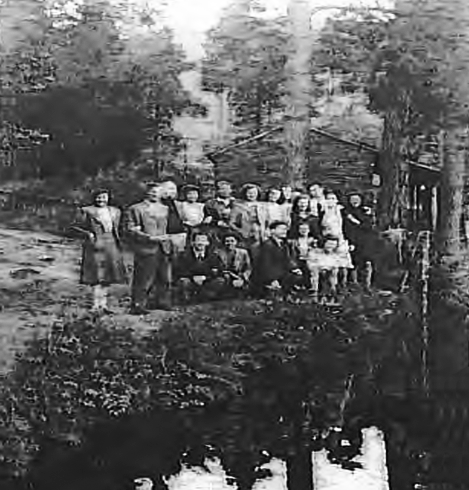 We are proud of our origins. LEATSS traces directly back to the theatre courses launched in 1926 by, among others, George Bernard Shaw and G.K. Chesterton, and which were continued unbroken by the British Drama League and post WW2 by the British Theatre Association (BTA), until its demise in the late 1980s*.

The summer schools had always existed to bring professional and amateur practitioners into close creative contact. Tutors had always come from “the business”, be they actors, directors, drama school teachers, musicians, writers or other specialists; and students had always qualified for attendance on grounds of enthusiasm, without discrimination as to age or experience. A number of such enthusiasts from the European mainland had attended BTA courses in Cheltenham, Lancaster and elsewhere, and so, when things became difficult for the BTA, they responded to the call.

In 1988 the school crossed the Channel under the leadership of Anthony Cornish, Deputy Director of the BTA and long-standing Course Director in the UK, first to Brussels and then in 1989 to the Chateau de Munsbach in Luxembourg. The European mainland had long had a natural platform in the form of a community of English-speaking theatre groups who in 1976 invented their own variant of networking in the guise of FEATS, the annual Festival of European Anglophone Theatrical Societies, of which Anthony Cornish was an early Adjudicator. From 1989 - 2017, New World Theatre Club of Luxembourg hosted the summer school except in 1992 when the AATG of the Hague ran it. And so its basis, always non-profit-making, is now cooperative, but not exclusive: the Summer School is open to all and welcomes students from the UK and much further afield.

Summer School has thrived over the years. When Anthony Cornish stepped down as Course Director in 1996, Mike McCormack, former Senior Lecturer in Drama at John Moores University, Liverpool, took over the leadership. In 2003 the baton passed to Graeme Du Fresne, who first tutored on the Luxembourg Summer School in 1994. Graeme is a former Lecturer and Practitioner in Brechtian Theory and Practice at London Metropolitan University and now teaches at the Drama Centre and the Italia Conti Academy in London as well as pursuing an active career in the theatre, where he usually wields the baton as Musical Director.

In February 2017, LEATSS formed itself into an independent, not for profit, legal entity which in Luxembourg is called an a.s.b.l. (association sans but lucratif).